The Dangers of Vaping  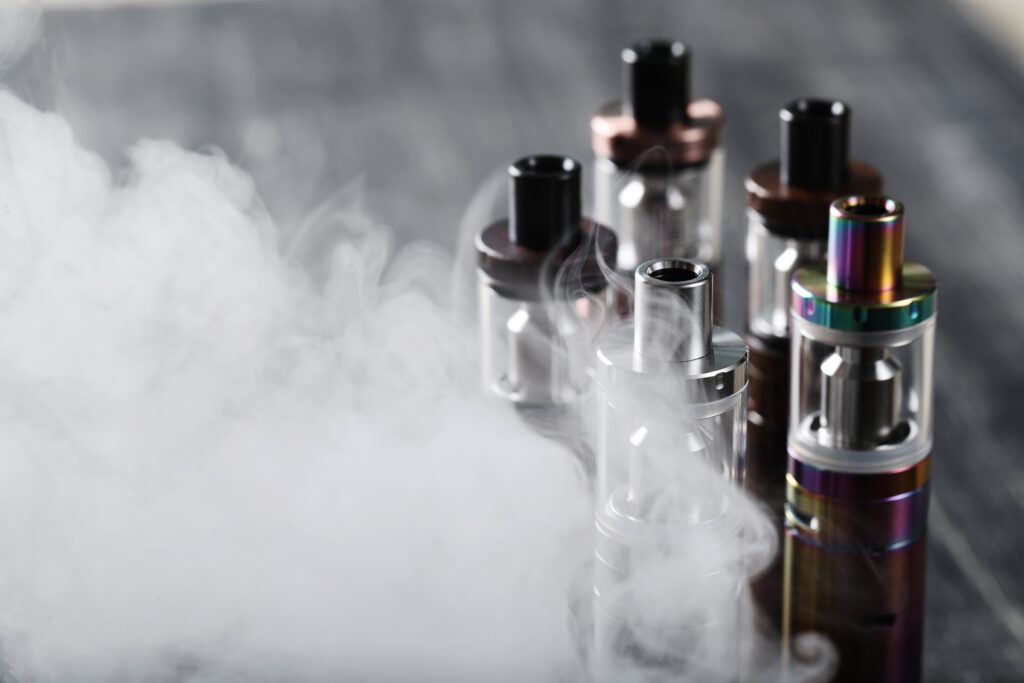 Ceasing your smoking habit can be a very strenuous process on your mind and body. Every day someone decides that now is the time to quit, and “seven out of 10 smokers say they want to stop.” But how do you quit a habit like this?

Smoking defiles almost every major organ in your body, your heart, your lungs, your liver. We all know someone who has died from that horrible habit and almost “one-third of deaths from heart disease are the result of smoking and secondhand smoke.” They smoke for years, pack after pack. They cannot help it, they are addicted.

Many people have gravitated towards the use of e-cigarettes or vaping as a tool for quitting their cigarette habit. Since vape cartridges can be purchased with either high amounts of nicotine or even none at all, they use vaping as a way to slowly take themselves off of traditional smoking to hopefully cease their habit altogether. What people do not seem to realize, is that they are quitting one bad habit for another one that can be just as harmful in different ways.

Electronic cigarettes, or e-cigarettes for short, are also known as vapes, e-hookahs, vape pens, tank systems, mods, and electronic nicotine delivery systems (ENDS). What these electronic cartridges do is heat up the nicotine, which was taken from tobacco, and mix it with flavors and other chemicals to create a vapor substance that you then inhale.

These have become popular for a variety of reasons such as choosing your nicotine level, the flavors, and no traditional cigarette smell.

Nicotine is still, and will always be, addictive. In fact, because e-cigarettes come in different strength cartridges, you can actually get more nicotine from vaping than you would from a tobacco product like cigarettes.

While vaping exposes you to fewer chemicals than cigarettes, you are still exposing yourself to a vast array of harmful materials and nicotine. Along with the nicotine, there are other additives in the e-cigarettes used in the aerosol and flavorings.

The flavors are made from the ingredient called diacetyl, a chemical known to cause serious lung disease. The cartridges have been found to contain heavy metals like nickel, tin, and lead that you are inhaling into your lungs and causing serious lung disease. We have all been told not to lick lead paint for a reason, but here we are inhaling it under the guise of apple pie flavored adrenaline rushes.

Nicotine is the main ingredient in e-cigarettes and is extremely addictive and toxic. This toxic substance ques your adrenaline, which in turn raises your blood pressure and heart rate, because of this your risk for a heart attack increases the longer you smoke. Not only are you at risk for heart attack, but you are also at risk for cancer.

This addiction also creates a craving, your body wants the nicotine, and without it, you can suffer from withdrawal. Research suggests that nicotine may be as addictive as cocaine and heroin.

Brain development is ongoing until around the age of 25, smoking something addictive like nicotine can cause harm to your developing brain like altering synapses. This can cause mood swings and lowered ability of impulse control.

E-cigarettes are not Food and Drug Administration approved cessation devices. Recently a study has found that those who used e-cigarettes to quit nicotine addiction ended up still smoking both traditional cigarettes along with their electronic ones. Using these devices to help kick your habit is not medically advised or approved, there are better ways to quit.

“As of October 15, 2019, 1,479* lung injury cases associated with the use of the e-cigarette, or vaping, products have been reported to CDC. Thirty-three deaths have been confirmed in 24 states.”

Gain Control of your life, it’s time to quit!

Why Being In The Program Really Does Help

The Dangers of Vaping